Welcome to the Widworthy Parish Council website, we very much hope that his will become a useful resource for the residents to use.

The village of Wilmington is now in the parish of Widworthy although this is a relatively recent change. Before 1989 houses on the north side of the A35 were in Offwell Parish and only those on the south side were in Widworthy.

Widworthy is centred around the Manor and St Cuthberts Church which dates from the 14th century and nearby Castle Hill is of historical interest.  From the 15th century onwards Wilmington sat astride the main Exeter to London road. It became the Honiton to Axminster Turnpike in 1765 but the importance of this route diminished when the Upottery to Ilminster turnpike opened in 1807 which led to a steady improvement in coaching facilities in the early 19th century on what is now the A30/A303 route over the Blackdown Hills from Honiton to Ilminster.  WIlmington was a stop on what is known as the 'Trafalgar Way' - via which the news of Nelsons death was brought from Falmouth to London.  Now the very busy A35 tends to dominate Wilmington. 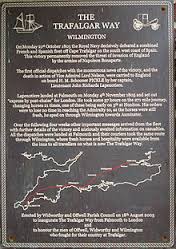 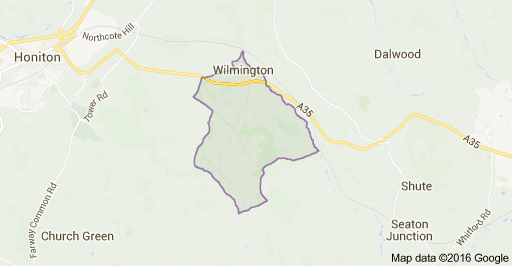